How Long Do Slip and Fall Settlements Take? 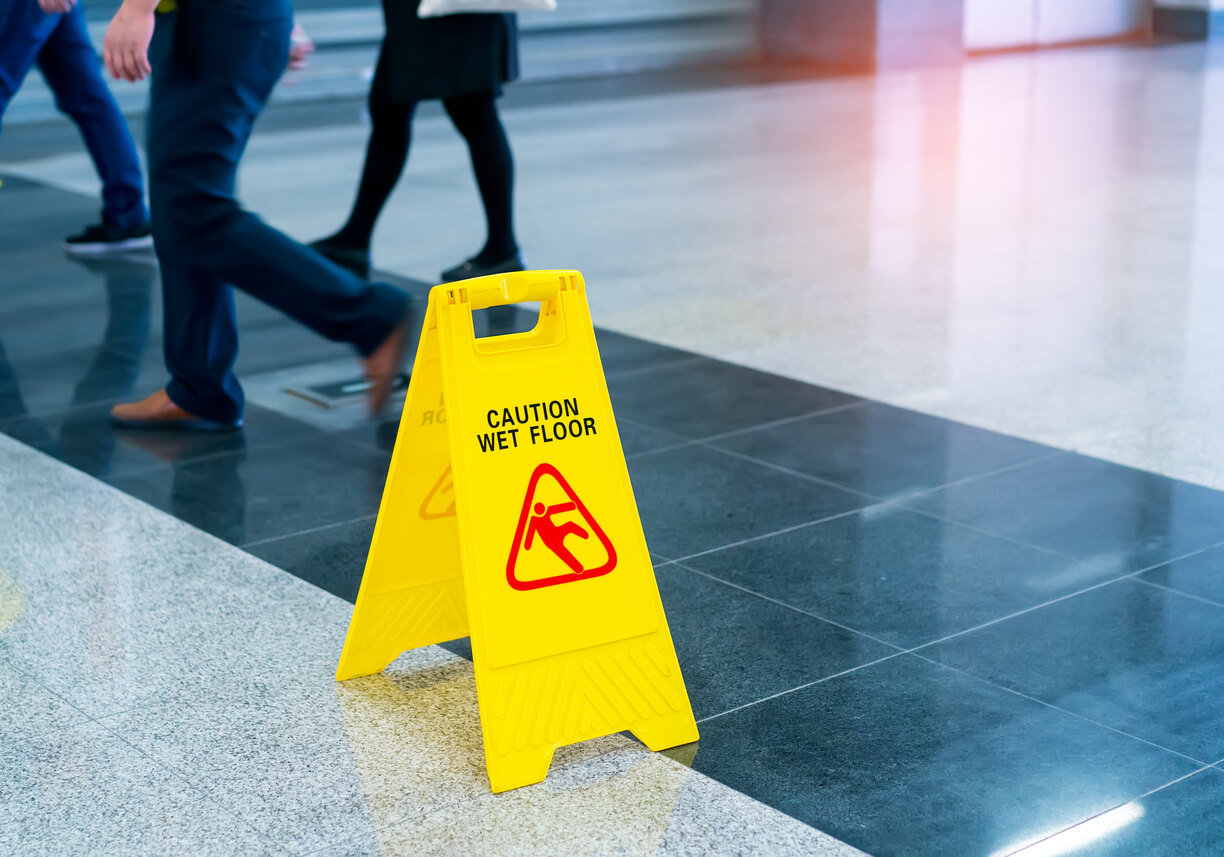 Have you suffered a personal injury due to slipping or falling?

Falls are the leading cause of emergency room visits, sending 8 million people to the hospital each year. Slips and falls can lead to injuries such as broken bones that are painful and take time to heal, resulting in lost wages, even lost careers and earning potential. Some injuries may result in lifelong disability, or make it impossible for you to live alone.

If you’ve suffered an injury from a slip and fall accident, and that accident happened as a result of someone else’s negligence, you might be eligible to win money in a lawsuit to both punish the guilty party and make up for your increased medical bills and lost wages.

If a slip and fall injury has impacted your life, you are probably considering a lawsuit. In that case, one of your biggest questions probably is, “how long do slip and fall settlements take?”

To understand the answer, let’s walk through the timeline of getting a slip and fall settlement from beginning to end.

Immediately after your slip or fall, seek medical treatment to begin your physical recovery from the accident. If you are able, photograph the surroundings and conditions of the accident, or ask someone to do it for you. Also gather the contact information of people who witnessed the accident, and reach out to an attorney, who may be able to help you begin collecting evidence.

File a Complaint and Summons

A common question that people often have after this type of accident is “can I sue if I slip and fall?”

The answer is, yes, and filing a complaint is the first step in pursuing a lawsuit.

A complaint is an official document prepared by your lawyer, and it describes the nature of your legal claim. The purpose of the complaint is to inform the defendant of your claim against them. The specifics and levels of detail required in the complaint vary from state to state: some need a great deal of detail and explanation, while others just need a simple summary.

In general, a complaint will state who the parties involved are, describe what happened, who is responsible for the accident, and how much money you are requesting from the defendant. Gathering the information you need to file a complaint can take some time.

The complaint is filed in the court where you will bring your lawsuit, and next, it is served to the defendant. The complaint is delivered to the party you will be suing, along with a summons, which orders them to reply to the complaint within a set time period, which is usually 20 days.

The answer will also include affirmative defenses, which are legal doctrines that can reduce the defendant’s liability—if they can prove that they apply. As stated above, the answer is usually due 20 days after the complaint is received, but the defendant may be able to get an additional 20 days to submit the answer. This time may be used to prepare the response, research affirmative defenses, and find a lawyer to represent them.

Typically, the plaintiff in a personal injury case will send a demand letter in response to the defendant’s answer. The purpose of the demand letter is to state what is needed from the other side to resolve the case. In addition to your demands, include reasons why each demand is justified by the law. Your demand letter may be followed up by a response and some continued negotiations.

In the discovery phase of a slip and fall lawsuit, both the defendant and the plaintiff gather evidence, do research, and learn everything they can about the case and what happened. This process may involve interrogatories, which are interviews where you have to answer questions in writing and under oath.

As part of the discovery process, you might work with a medical doctor or occupational experts to get insight into what happened, why it happened, and how it should have been prevented. You’ll also get in contact with witnesses and collect a lot of paperwork as part of this process. Your attorney will help you with preparing a strong case and finding the information and evidence you need to have a good shot at winning.

During the discovery stage, either party may file motions with the court to bring attention to and resolve issues that come up. Basically, you’ll be asking the court to rule on preliminary matters. Some of the most common types of pre-trial motions include:

Motion to dismiss: Defendants usually file this early on if the lawsuit fails due to a legal technicality
Motion to compel: One party may file this to ask that the court order the other party to do something, such as produce documents they would rather not share.
Motion in Limine: This is a motion to keep certain evidence out of the trial because it may prejudice the jury.

If parties cannot come into agreement in mediation and settlement, the lawsuit will go to trial. The trial begins after the discovery stage has ended. Once your case is ready to go to trai, it will appear on a trial docket, and the judge will hear each case in the order it is listed on the docket, which may affect when your trial is heard. Trials are usually scheduled months in advance so you have time to prepare witnesses, arguments, and evidence.

Your arguments will be presented before a judge and jury. The jury will take time to consider the evidence presented at trial and make a decision. If your case is relatively straightforward, it should be over in two or three days. More complicated slip and fall lawsuits may end up taking five days.

If your case is successful and the jury decides in your favor, you will be awarded a designated sum of money. However, you won’t be taking it home from the courthouse with you. Depending on your state and local law, the defendant will have 30 to 60 days to make a payment.

If you aren’t paid on time, your lawyer will investigate and force collection. If either party in the case doesn’t like the verdict, they have the right to appeal it to a higher court, which will make the case last longer.

If you are interested in getting your money faster you may want to consider pre-settlement funding — also known as a lawsuit loan, to pay your medical bills, make up for lost income during recovery, and any other expenses that might have come up for you after the accident.

How Long Do Slip and Fall Settlements Take?

As you can see, slip and fall settlements can take some time to complete.

If the case is straightforward and liability is clear, then it will be done in a matter of a few months. However, sometimes it isn’t clear who is liable or what caused your injuries. If negotiations break down and the case heads to trial, or if the case is complex and requires a longer discovery phase, the settlement could take many months or even years.

Don’t wait for your settlement money any longer than you need to. Get in touch with US Direct Advance today for pre-settlement lending money in your account in as little as 24 hours.

*If you qualify. Not everyone who applies gets approved. If approved, you might get approved for a different amount then applied for. Speed of funding is dependent on how quickly we receive necessary information required for underwriting. Not available on all states.